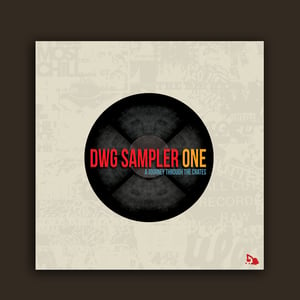 To get artists involved with DWG, we like to send out promo copies of previous releases to show what we do. As a result, we’re down to our last copies of some of our releases because we've sent so many out: what we really needed was a promotional sampler EP that showed the label in its best light and gave a good impression of what we can do with our artists and releases.

Through the support of our fans and followers – and some extra support from a number of our previous artists – we’re proud to bring you this extra-special promotional-only DWG Sampler release.

Covering the first few years of our record label, we’ve collated a number of tracks that we feel helped define the DWG discography and sound.

Although this is strictly a promotional release not intended for resale, we are offering a small number of copies for our longtime fans, followers and friends who missed out. This will not be available in stores anywhere.